Any misgivings I had a year ago about building a pond in the backyard have been completely obliterated by the great weather we had this summer. I’m sure I spent more time lounging outside with a book and listening to the calming trickle from the fountain than I spent in front of the TV in the last four months.

But now, the temperature’s starting to drop and the new seasons of my favorite TV shows aren’t going to watch themselves. It gets darker and cooler every day, and I won’t be able to spend so much time outdoors anymore. Plus, I’ve got four koi — Meg, Jo, Beth and Amy — to think about. So, as reluctant as I am to give up my backyard oasis, it’s time I start planning to close up the pond for the season.

My main focus during autumn is cleaning. I hate cleaning. But I love my pond, so it’s time to pull up as much of the organic material at the bottom of the pond as I can. (I try not to think what that sludge is really made of.) After that, cleaning the filters will be a cakewalk.

Last year, I had to skim the water almost every day ‘til December to keep the leaves out of it. This fall, I got some pond netting to cover it with instead. Before I put that on, though, I’m supposed to change out about half the water.

Whenever I add water to the pond, I wonder what it must be like for “the girls” (a.k.a. koi). A number of places recommended that I wait until the air temperature is the same as the water temperature so there isn’t so much of a shock for the koi, so I’m going to try to do that. I just hope the temperatures align on a weekend.

Changing the water is the end of the tough part, though. After that, add some conditioner to the water to prepare it for cooler weather; among other things, it keeps the algae from getting out of hand and, I hope, keeps the girls happy.

A fish’s metabolism slows as the water gets colder, which means they digest food more slowly. (Thinking about how I stuff myself during the holidays makes me glad I’m not a fish.) When the temperature drops consistently below about 65 degrees, I’ll start feeding the girls less. I also upgraded my pond supplies to include some wheat germ food, which is supposed to be easier for fish to digest. I’ll start mixing that into their food soon.

Winter for the Pond

When the water temperature drops below 45 degrees, it’s time to remove the water filter and pumps and store them in the garage. I probably won’t wait that long to turn off the fountain and flush out the line, though. After all, if I’m not going to be out there enjoying the bubbly fountain, why waste the electricity?

Remember what I said before about the fish’s metabolism? Well, when the water temperature reaches 40 degrees, I can stop feeding the fish altogether. It sounds crazy, but the girls can survive on what’s in the pond and what’s already in their stomachs! It’s like hibernating fish! Unlike bears, though, fish don’t gorge themselves before winter hits. In fact, having a large amount of undigested food in their systems can be dangerous.

Water is a neat thing. It freezes from the top down, so I only need to worry about making sure the top of the pond doesn’t freeze over — gasses are exchanged at the surface of the water, so as long as there’s a hole in the ice over the top, nature will take care of the rest herself.

I’m not content with just a hole, though. I bought a new pond warmer this summer and I’m itching to try it out. I’m imagining a glistening, snow-covered backyard with mist rising from a small, black tarn, almost hiding the flashes of white and orange as the girls laze their way through winter.

On second thought, maybe it wouldn’t be so bad to be a fish. 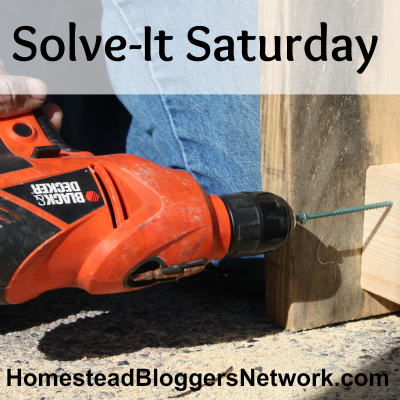 has written 17 posts in this blog.

Danielle blogs on behalf of Sears and other brands she uses. Her favorite season is fall and she enjoys hiking on the weekends with her chihuahua.