Recently, a symposium at Notre Dame University led by Dr. Darcia Narvaez showed how important it is for mothers to breastfeed, touch, and respond quickly to baby’s needs.  Gilan Gertz, a licensed social worker with a Master’s Degree in Pyschology, shared the results of this study in an article on Decoded Parenting and also took the time to answer a few questions for Untrained Housewife.

Science backs the idea that babies cannot be held too much. (Photo Credit to hugabub on Flickr)

Dr. Narvaez’s study looks at the social support given to new mothers. Why do you think today’s mothers are receiving less social support than previous generations?

believe macro forces are at play. Families have been changing rapidly since the Industrial Revolution, when urbanization started impacting the family structure. Traditionally, families were self-sufficient, and family members relied on one another for support. Young parents lived near their own parents, who were able to offer emotional support, as well as offer physical care to their grandchildren, reducing the strain on young parents. Once people started working outside the home (in factories, etc.), parents’ control over their adult children weakened, but the amount of help they offered was diminished, as well.

During the past 50 years, many adults have moved away from their parents for economic reasons. People tend to value economic security, so they will move to live closer to a job instead of moving to live closer to their parents. According to an August 2013 survey by Trulia, a real estate website, only 33% of adults with children cited proximity to family members as an important factor when searching for a home.

This might be due to fears of their parents’ intrusiveness into their child-rearing, or the feeling that they don’t need much help, because families are generally smaller than they used to be. Whatever the reason for the physical distance, the result is that today’s mothers receive limited social support.

Why do you think the first three years of a child’s life are so important for social and cognitive development?

According to Zero to Three, the National Center for Infants, Toddlers and Families, the first three years of life are crucial to a child’s development. Newborns’ brains weigh only 25% of their adult weight. The brains grow dramatically during the first three years, producing billions of cells and hundreds of trillions of connections among brain cells. People are born with a tremendous capacity for connections among brain cells (also known as synapses), but the formation of those connections depend on stimulation.

Recent brain research focuses on the concept of “critical periods,” or times when the brain is most open to forming new connections between some cells and pruning the connections between others. Most of those critical periods occur during the early years, because as the brain ages, it becomes more difficult to modify it. Therefore, early experiences that foster positive emotional and cognitive development are crucial to healthy development.

Why might the psychological effects of the closeness caused by breastfeeding contribute to higher IQ in children, as Kim Fleischer Michaelsen’s research indicates?

Despite extensive efforts on the part of researchers, we still have limited knowledge about the how breastfeeding raises IQ. A recent study by Harvard University and Boston Children’s Hospital found that breastfeeding improved both language skills at age three, and intelligence at age seven.

Unlike most studies on breastfeeding and cognition, this one controlled for parents’ income and education, as well as mother’s intelligence. That way, the study showed that the IQ. gains were caused by breastfeeding, and were not due to the greater tendency of educated mothers to breastfeed. The relevant factor is thought to be DHA, a long chain fatty acid that is present in breast milk, and is correlated with improved cognitive function.

The psychological effects of nursing have been verified by the American Academy of Pediatrics. In its “New Mothers Guide to Breastfeeding,” it explains how the physical closeness of nursing reassures babies as they transition from the safety of the womb into the overwhelmingly bright, loud world. Nourishing babies from their bodies allows mothers to give their babies a sense of continuity from their pre-birth to post-birth life. Perhaps the sense of security granted by breastfeeding helps babies to develop more connections between brain cells, ultimately improving their intelligence.

Does this research support the idea that it’s impossible to hold a baby too much?

Yes! A 2013 study published in the Current Biology journal explains that infants become calm and relaxed when they are carried by their mothers. The researchers, led by Gianluca Esposito, monitored the responses of 12 healthy infants. They found that infants who were held, particularly while the mother walked around, showed lowered heart rates and noticeable relaxation.

Beyond that, there is a vast body of research regarding the importance of developing a secure attachment between children and their caregivers. When parents respond to babies’ needs, usually by holding them, gives them a sense of security and connection to their caregivers. Children who become securely attached to their parents are more likely to have satisfying relationships, cope well with stress, have good mental health, and have healthy self-esteem.

If our evolved developmental niche includes lots of lots of positive touch, parental responsiveness, and free play for children, why are today’s experts are giving advice that is counter to this?  Do parents simply need to follow their instincts?

I don’t think it’s the experts, I think it’s the reality created by our society. The absence of paid maternity leave, the lack of affordable quality child care, and the diminishing length of recesses at elementary schools can all be changed through effective public policies, but they are not. The U.S. Department of Labor reports that 70.5 percent of all mothers with children under age 18 participate in the labor force.

Moreover, according to the Pew Research Center, working mothers have become the major source of income in 40% of households with children. That means that more mothers are working, and with less family support and fewer good day care options, they find it harder to give their children copious positive touch and responsiveness. Public policy that mimics the policies of many European countries, such as longer, paid maternity and paternity leave, and low-cost day care, would go a long way toward ameliorating the situation.

Regarding free play, schools often give little or no recess because they are concerned about giving adequate time for their students’ academic growth, but they ignore all the research about the importance of free play to development. There is no federal policy to mandate recess, either. 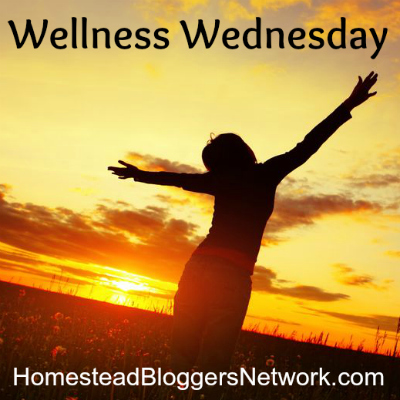